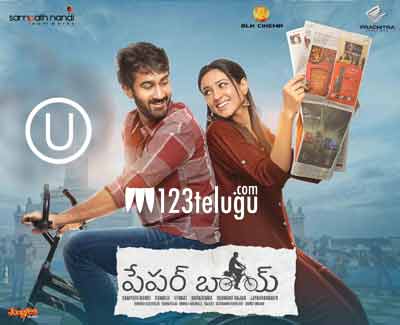 Paperboy is one film which has been creating a good buzz with its teasers. The film has Santosh Shoban as the main lead and the latest we hear is that the film has wrapped up its censor formalities with a clean ‘U’ certificate.

With this, the film is ready for a release this 31st of August. Debutante Jaya Shankar helms this film which has Tanya Hope in a crucial role. Director Sampath Nandi produces this film on his home banner and he has written the script himself.

Bheems composes the music for this film which has Riya Suman as the heroine.