Parichayam completes its censor formalities
Published on Jul 17, 2018 10:43 am IST 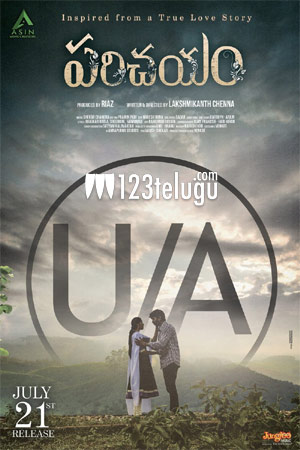 Parichayam is one film which has created a decent buzz with its interesting trailers off late. The film has now completed its censor with a U/A certificate and is ready for a release on the 21st of July.

The film stars newcomers Virat Konduru and Simrat Kaur as the romantic pair. Lakshmikant Chenna directs this film which is touted to be a youthful love story with realistic elements.

Parichayam is produced by Riaz and has music by Shekhar Chandra. Watch out this space for more updates on this project.