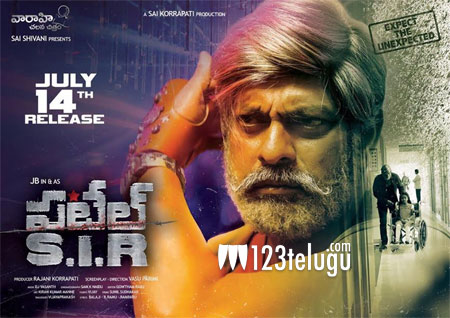 Senior hero turned star character artiste Jagapathi Babu is making his comeback to leading roles with a stylish action drama titled Patel SIR. The film is slated to release on July 14 and expectations around it are quite decent.

As per the latest update from the film’s makes, Patel SIR has completed its censor formalities today with a UA certification. The film stars Tamil actress Padmapriya and Appatlo Okadundevadu actress Tanya Hope in prominent roles.

Patel SIR is produced by noted filmmaker Sai Korrapati. Debutant Vasu Parimi is the director and DJ Vasanth is the music composer.