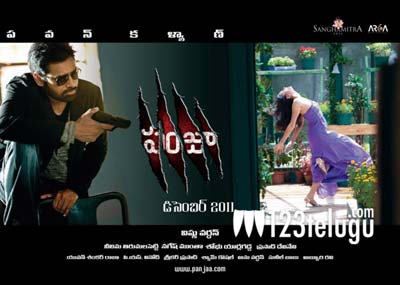 Pawan Kalyan’s upcoming film Panjaa is going to be dubbed in Tamil and the film has been titled as Kuri. The film’s audio for Tamil version is going launched in mid-December. Vishnu Vardhan, the director of the film, had begun his career as a director in Tamil and some of his films like Arinthum Ariyamalum, Pattiyal and Billa went on to become big hits in Tamil Nadu. He’s making his debut in Telugu as a director with Panjaa. Sarah Jane Dias and Anjali Lavania are the lead actresses in the film. Jackie Shroff, Atul Kulkarni, Sesh Adivi, Brahmanandam, Ali and Subbaraju have played important roles in this film which was primarily shot in Kolkata. Yuvan Shankar Raja has composed the music and the film’s audio is turning out to be a huge hit. PS Vinod is the cinematographer and Sreekar Prasad is the editor. The film’s Telugu version is going to hit the screens on December 9 and the Tamil version is expected to release in late January, 2012.