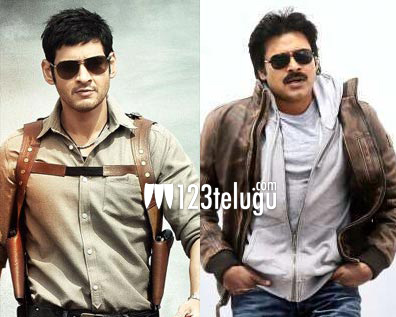 If the latest buzz is to be believed, Power star Pawan Kalyan and Superstar Mahesh Babu will be sharing the same dais very soon. Sources say that the stars will attend the audio launch function of Allu Arjun’s ‘Son of Sathyamurthy’. Apparently, the film’s director Trivikram himself invited both the stars to grace the event.

Earlier, rumors were rife that Mahesh and Pawan will share the same stage for a talk show hosted by Trivikram during the Memu Saitham event, but that show never happened. It is still not clear if Mahesh and Pawan have given their nod to the director’s invitation. If both the stars indeed make it to the audio launch, it will be undoubtedly the most talked about event.