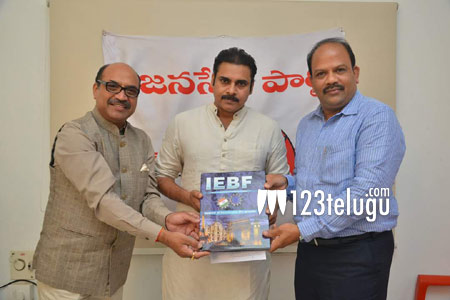 Film star and Janasena Party President Pawan Kalyan has been chosen for the Indo European Business Forum (IEBF) Excellence Award for the year 2017. The award will be presented to Pawan during the Global Business Summit on November 17th at the House of Lords, London.

This morning, the representatives of the IEBF met Pawan at Janasena office and requested him to grace the summit as a Guest of Honor and also receive the award. In a letter of appreciation presented to Pawan, the IEBF lauded Pawan’s selfless service to the society as an actor, philanthropist and a political activist.