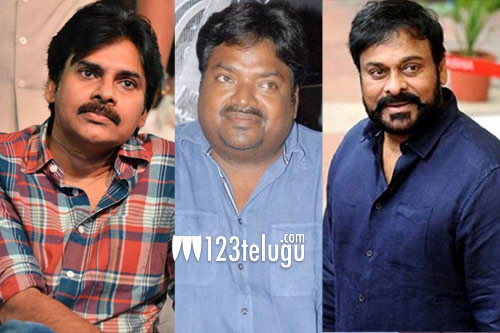 It is a known fact that Meher Ramesh is doing a film with none other than megastar Chiranjeevi. Many thought that the film will be announced on Chiranjeevi’s birthday on August 22nd but that did not happen.

This created a doubt in the minds of many whether this project is there or not. But Pawan Kalyan has cleared the confusion for all the fans now through his Twitter.

When Meher Ramesh wished Pawan on his birthday, the star replied by saying thanks and also wishing back Meher for his film with Chiru. This itself confirms the news that Meher’s project with Chiru is indeed on as of now.

Thank you Ramesh. Wishing you all the best for your forth coming film with Sri Chiranjeevi garu.🙏