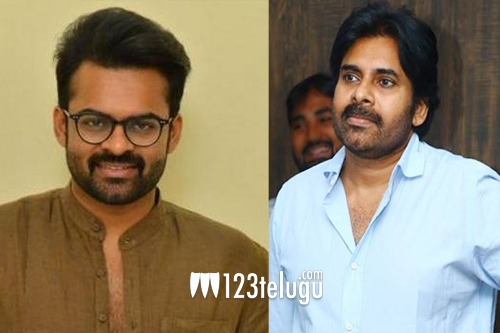 Some time back, Tamil producer, A M Ratnam kick-started a project with Pawan. The Puja was also done but the film never took off as Pawan entered politics and the rest is known to all.

Now, the news going around all over is that Pawan has suggested Sai Dharam Tej to pick up that project instead of him. AM Ratnam is a star producer and is known to make grand films. The news is that he is looking for a suitable director who will make this film.

Though this news is not yet confirmed, it has caught on all over. Watch out this space for more updates on this project.