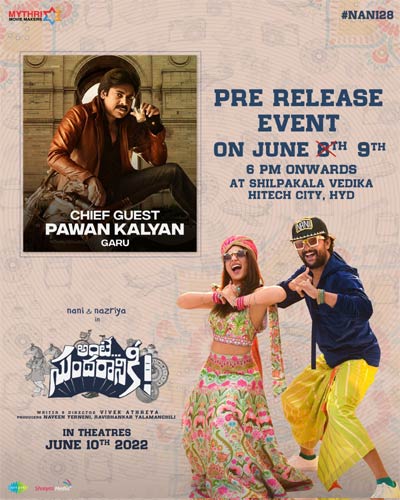 The pre-release event of Natural Star Nani’s Ante Sundaraniki won’t be happening tomorrow at Shilpa Kala Vedika, Hyderabad. The event will take place on June 9th, exactly a day prior to the film’s theatrical outing.

None other than, Power Star Pawan Kalyan will be gracing the pre-release function as the chief guest. When the makers invited Pawan Kalyan for the event, the Power Star has given his nod on a happy note.

Nazriya Nazim plays the heroine in the rom-com directed by Vivek Athreya under the Mythri Movie Makers banner.