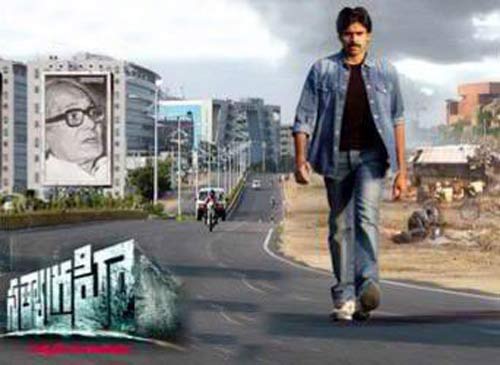 Satyagrahi, a high voltage social drama under Pawan Kalyan’s direction, had a grand launch way back in 2003. However, the film was later shelved due to reasons unknown. This afternoon, after 18 years since the film’s launch, Pawan Kalyan pleasantly surprised his fans by tweeting about the film.

Pawan first paid tributes to iconic leader Lokanayak Jayaprakash Narayan on his jayanti and revealed that Jayaprakash’s ideology’s influence on Janasena is huge. Pawan then went on to say that Satyagrahi was a political film inspired by Jayaprakash Narayan’s Emergency movement in the contemporary times. “It’s more satisfying to walk the talk rather than to act it out in a film,” tweeted Pawan.

On the work front, Pawan will soon resume the shooting for his highly-anticipated period magnum opus, Hari Hara Veera Mallu.

A political film inspired by Loknayak ‘Jayaprakash Narayan’s ‘ Emergency movement in the contemporary times. Did the film opening in 2003( I think) and shelved it to do it in real life. It’s more satisfying to walk the talk rather than to act it out in a film. pic.twitter.com/LXCpzaKlYX