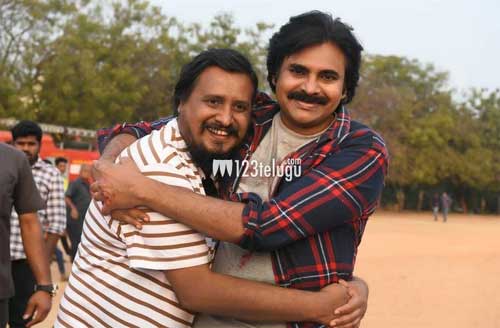 It is a known fact that Power star Pawan Kalyan was shooting for his film Vakeel Saab for the last few weeks. This was the last schedule of the film and today, the news is that he wrapped up his part of the shoot.

The team gave him a good farewell today on the sets. Dressed in a checks shirt, Pawan was seen in a happy mood spending time with his team. Pawan thanked each of the team member personally before he left the sets.

Venu Sriram is the director of this film that is being produced by Dil Raju and Boney Kapoor. Shruthi Haasan and Nivetha Thomas play key roles in this film.