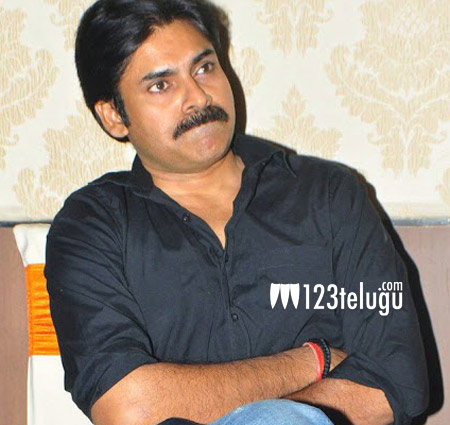 Power Star Pawan Kalyan’s Sardaar Gabbar Singh is gearing up for a record breaking release in a few hours. The film is releasing amid unprecedented expectations and hype, and Sardaar’s team, including Pawan, left no stone unturned to promote the film aggressively.

In his latest promotional interview to a popular national media portal, Pawan revealed the joys and challenges involved in making a film. Pawan said he doesn’t enjoy getting ready for shoot, applying make-up and dancing in exotic locations. Pawan also admits to feeling the pressure of his fans’ expectations.

Pawan also said he enjoys writing since he has always been fascinated by writers, who create emotions on a white paper. The Power Star goes on to explain that he finds the whole process of visualising, writing and telling a story really exciting. It is well known that Pawan wrote the story and screenplay for Sardaar Gabbar Singh.