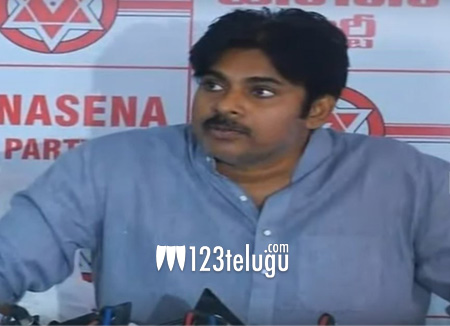 As said earlier today, Pawan Kalyan spoke to the media as his party Jana Sena completed three years since its inception. Pawan Kalyan spoke about several issues but the one which has become a hot topic now is about what he said about his brother Chiranjeevi’s party Praja Rajyam.

Pawan said that he is being very careful regarding the various financial issues in his party and has learned a lot after seeing funds misused in his brother’s previous party. Pawan also added that some big wigs who came into Praja Rajyam messed up the funds and such situations will not be repeated now.