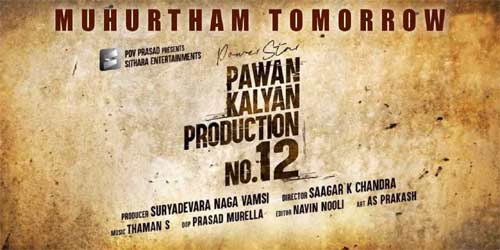 Finally, after several months long speculations, the much-talked-about remake of the acclaimed Mollywood action drama, Ayyappanum Koshiyum, is all set for its launch. Pawan Kalyan and Rana Daggubati will be seen in the lead roles in the movie. While Pawan reprises Biju Menon’s role, Rana steps into Prithviraj’s role in the Telugu version.

The film’s muhurtham ceremony will be held on Monday at Sithara Entertainments office in Hyderabad. Young filmmaker Saagar Chandra will be directing this crazy multi-starrer. Ayyappanum Koshiyum’s Telugu remake will first have a minor schedule in Hyderabad. The unit will later head to the picturesque Tamil Nadu village of Pollachi, where a major portion of the film will be wrapped up. More details will be out soon.