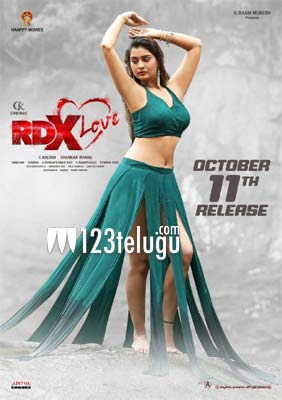 RX100 beauty Payal Rajput’s new film RDX Love has caught the youth audience attention with its teaser and trailer. Directed by Shankar Bhanu, the film is a message-oriented village-based drama.

Now, the latest news is that RDX Love has locked its release date as October 11th. Payal will be as a daring girl named Alivelu in the film.