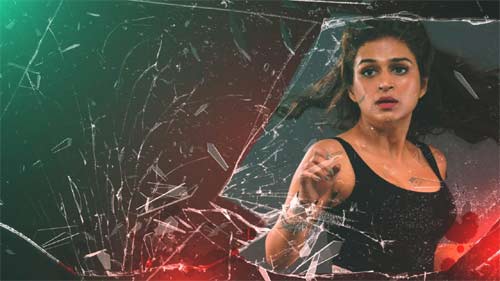 Kollywood child artiste turned hero Mahendra is popular among Telugu movie lovers for his roles in the yesteryear Telugu blockbusters, Peda Rayudu and Devi. Mahendra was seen in a key role in Thalapathy Vijay’s Master. The film will have its theatrical release in Telugu, Tamil, Malayalam and Kannada.

Now, Mahendra is all set to make his Tollywood debut as a hero. His maiden Telugu film is a psychological thriller titled Arrdham. The film has young beauty Shraddha Das as the female lead. Arrdham’s intriguing and VFX-filled first look motion poster was unveiled by ‘Republic’ director Deva Katta.

Ajay, Amani and Sahithi Palvancha will be seen in key roles in Arrdham. The film is being directed by debutant Manikanth Thallaguti, who has previously worked as an editor and VFX technician. Radhika Srinivas of Minerva Piktures and SVM (Sri Vasavi Movie) Productions are jointly bankrolling this project under Rithvik Vetsha’s presentation.