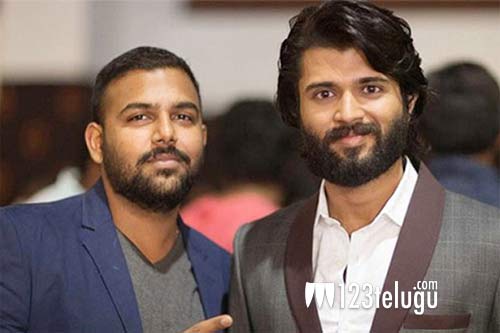 It has been earlier reported that Pelli Choopulu director Tharun Bhascker is set to make his full-fledged acting debut after being seen in a guest appearance in Mahanati where he played Singeetham Srinivas.

The young filmmaker has been in discussions for the film from quite some time now. And it was on Thursday that an official puja ceremony to kick off the project was done.

What’s interesting though is that the film will be bankrolled by none other than young sensation Vijay Deverakonda under his King of the Hill production. To be helmed by newbie Shammeer, this will be the first production from the banner.