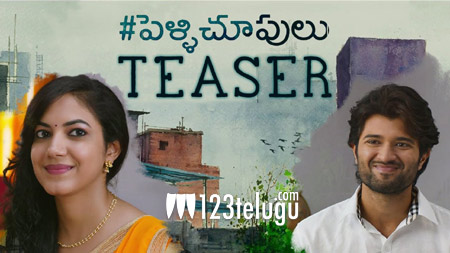 It is a known fact that Vijay Devarakonda, who won critical acclaim for his performance in Nani’s Yevade Subramanyam had teamed up with Tharun Bhaskar for a new movie. Latest update reveals that the shooting has been completed and the post production of the film is going on in full swing.

The recently released teaser has also clicked well and has gone viral. Produced jointly by Raj Kandukuri and S Rangineni, this film is an an out-and-out commercial entertainer.

Titled Pelli Choopulu, the film has music by Vivek Sagar and Ritu Varma who also played Nani’s fiancée is playing the female lead.