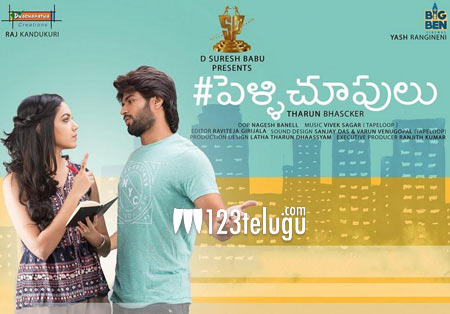 The Hindi remake of Tharun Bhascker’s Pellichoopulu has finally gone on floors. The film’s remake rights were bought by Vashu Bhagnani, a popular producer and father of actor Jacky Bhagnani. Nitin Kakkar is directing the film and it’s being produced by Phantom Films.

The untitled film is reportedly set in Ahmedabad, Gujarat, and for the past one months, several key scenes were shot on the film’s lead pair, Jacky Bhagnani and Kritika Kamra. Apart from these two, the film also stars Prateik Babbar and popular Gujarati actor, Pratik Gandhi in important roles.

Apparently, Nitin Kakkar has made some changes to the script to suit the sensibilities of the Hindi audience, and the film is likely to release sometime in 2018.