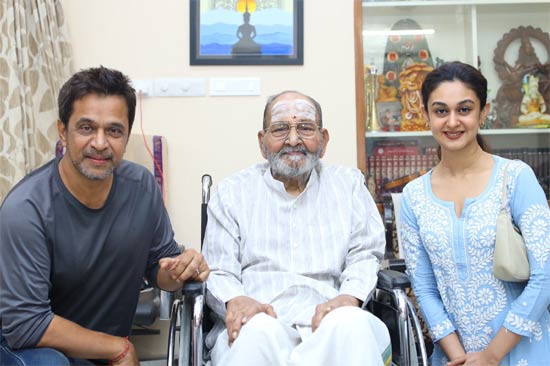 It is already known that the ‘Action King’ Arjun Sarja is directing a Telugu movie with the young actor Vishwak Sen. Arjun’s daughter Aishwarya Arjun is making her Tollywood debut with this movie, launched very recently in Hyderabad.

Today, the father-daughter duo met the Tollywood legends – director K. Vishwanath and Superstar Krishna- in their respective residences to seek blessings. Arjun asked the legends to bless their daughter to have a bright future in Tollywood. They spent quality time with the film personalities. The pics taken during the meet are now doing rounds on social media. 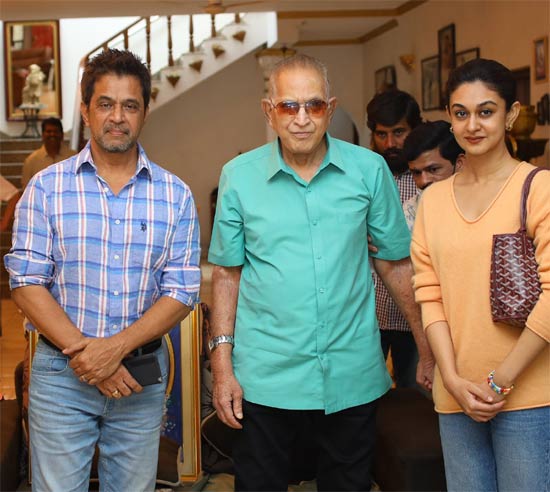 Coming to film, Jagapathi Babu is playing a crucial role in this movie. Produced by Sree Raam Films International, the film has the music of Ravi Basrur. More details of the movie will be out soon.

As @aishwaryaarjun is debuting in Telugu Cinema with @srfioffl's Production No.15