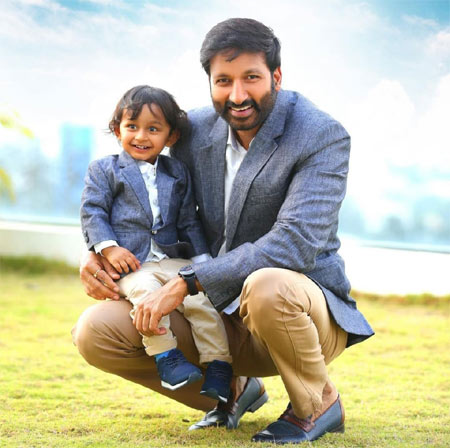 Gopichand is one of the terrific performers Tollywood has produced. He gained following among the audience with very good films. However, the actor was last seen in the movie Pakka Commercial which didn’t fare well.

Today the images of Gopichand with his younger son Viyan surfaced on social media. The father and son duo looked so lovely in suits with beautiful smiles that surely can’t be missed.

On the work front, Gopichand is currently working with Sriwass for the third time. Apart from this, the Okkadunnadu actor recently made it official that he will soon be doing a film with the super hit director Sreenu Vaitla.