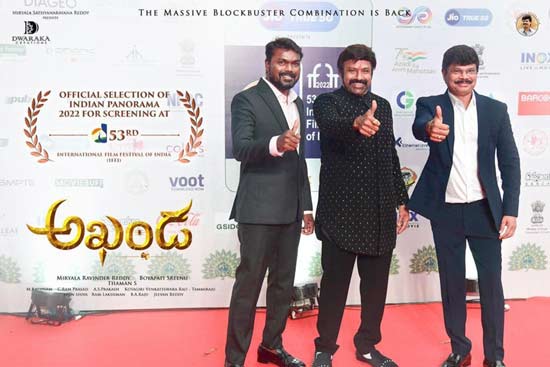 It was already announced that Nandamuri Balakrishna’s Akhanda will be screened at the 53rd International Film Festival of India (IFFI) in Goa. As said, the screening happened last night in the Indian Panorama section.

Akhanda was released in December 2021 and turned out to be a sensational hit. Balakrishna appeared in dual roles and audiences connected with Aghora character well. Srikanth played the antagonist in this biggie, which has Thaman’s music.