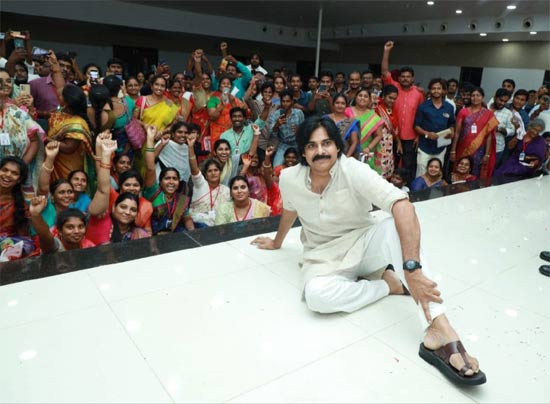 Pawan Kalyan is busy shooting for his upcoming movie ‘Hari Hara Veera Mallu’. This period action-adventure film is directed by Gamyam fame Krish. A. Dayakar Rao is producing this film under the Mega Surya Production banner and it has music by legendary M.M. Keeravani.

Apart from movies, the actor is also allotting his time to his political activity. In this process, he headed to his party office in Mangalagiri for an important meeting. During this time, the actor was seen clicking pictures with his ardent fans.

Pawan will be next seen in the Telugu remake of Vinodaya Sitham in which he will act alongside his nephew Sai Dharam Tej and Samuthirakani will be directing this film. This film will go on to the sets soon. 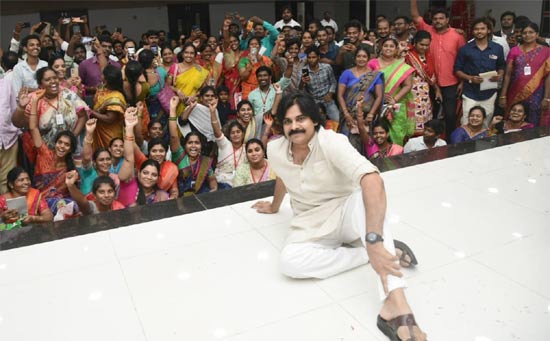