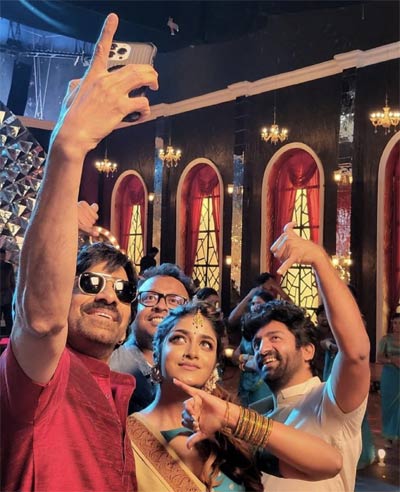 Mass Maharaja, Ravi Teja is currently busy shooting for his upcoming movie, Khiladi. Directed by Ramesh Varma, the movie is all set to open in cinemas on February 11, 2022.

Choreographed by Shekar Master, the shooting of the last song is currently happening in Hyderabad. During the shoot, Ravi Teja clicked a selfie with the actress Dimple Hayati and choreographer Shekar Master.

He posted it on Instagram and wrote, “Fulllll kickuuuu.” It seems that the trio are super happy with the output of the song and the image is now going viral on social media.