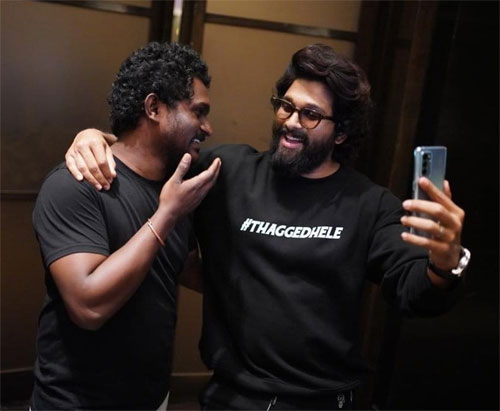 The rampage of Allu Arjun’s Pushpa: The Rise has been continuing in many areas, especially in North India, even after its digital debut.

Besides Allu Arjun’s performance and Sukumar’s direction, the movie has another man behind its grand success and he is Jagadish, who played the role of Keshava.

Keshava, the sidekick of Allu Arjun is the one who narrates the entire story of the movie. As today is his birthday, the makers wished Jagadish a happy birthday by posting a pic of him with Allu Arjun.

He got huge fame for his outstanding performance in the action entertainer and has been receiving a lot of movie offers.