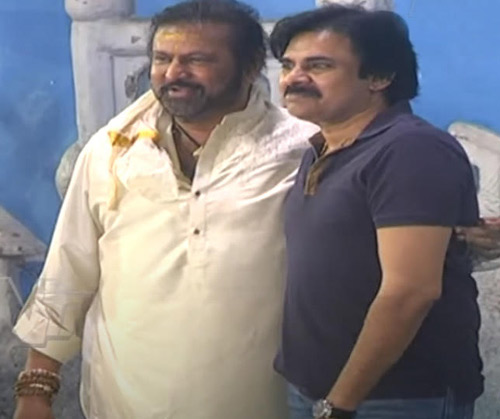 A couple of weeks ago, Pawan Kalyan asked Manchu Mohan Babu to come out and speak against the government of Andhra Pradesh as the YS Jagan-led government is troubling the Telugu film industry. When asked about the same, Mohan Babu said he would be reacting to Pawan’s comments once the MAA elections are over.

Today, Pawan Kalyan casted his vote in MAA elections and he happened to have met Mohan Babu in the premises.

Mohan Babu and Pawan then had a candid chat with each other and they later posed to a photo. The duo is seen in good spirits as they pose to the camera. This snap is now going viral on social media.