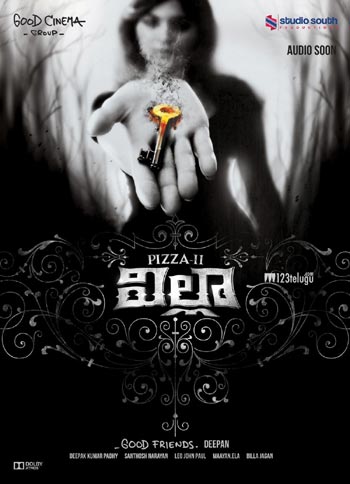 The movie ‘Pizza’ became a cult hit in Tamil Nadu and it gained good acclaim in Andhra Pradesh as well. The movie had Vijay Sethupathi and Remya Nambeesan in lead roles. A sequel to this film is now getting ready for release and it has been titled ‘Villa (Pizza 2)’.

The movie has Ashok and Sanchita Padukone in lead roles. Deepan R is the director. The Telugu version is going to be released by Good Cinema Group and the movie will hit the screens in the last week of September.

Santosh Nayaranan has composed the music and Deepak Kumarpadhy has handled the cinematography.