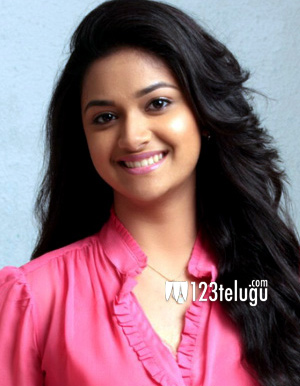 Upcoming Tamil actress Keerthy Suresh will be making her Telugu debut with Ram’s Nenu Sailaja. The film is slated for a grand release on the 1st January and expectations among the fans and trade circles are quite high on this romantic drama.

In her latest promotional interview, Keerthy said that she plays an introvert and a highly emotional character in the film. How the narrative takes a major turn when her character meets Ram forms the film’s story, revealed Keerthy.

The young actress also said that she is looking forward to working in more Telugu films.