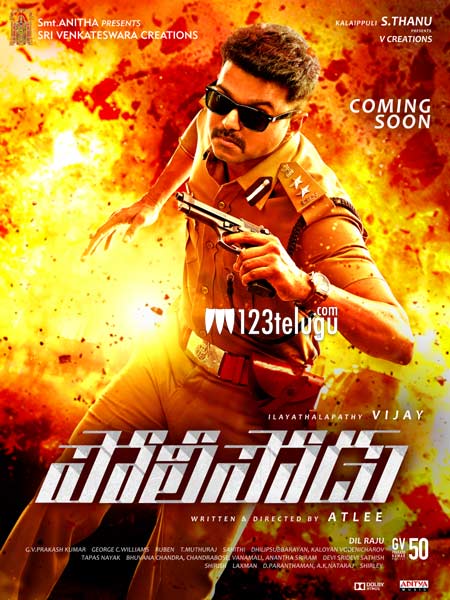 Vijay’s ‘Theri’ is going to have a big release in Telugu as ‘Policeodu’. The movie’s team is now in Hyderabad to promote the film. Director Atlee, who scored a well acclaimed hit with ‘Raja Rani’, is the director of this movie.

Today evening, he will be interacting with the members of the press along with heroine Samantha and other members of the team. Dil Raju is releasing the Telugu version in association with Kalaipuli S Thanu, who is the producer of the movie.

Amy Jackson is the other heroine in this movie and GV Prakash has composed the music. The film is all set for a big release on April 14th.