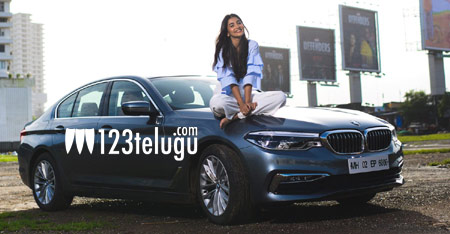 The young heroine, Pooja Hegde is surely on the rise. She has become equally popular in both Telugu and Hindi and has is one of the highest paid actresses in the south. Pooja’s last film DJ was a hit and she is also doing a film with Bellamkonda Srinivas.

With so many big-budget films in her kitty, money is bound to pour in and Pooja now has gifted herself a swanky new BMW sedan. The proud actress posted a picture of herself on Twitter with her prized possession.

Currently, Pooja is busy reading scripts in Hindi and will soon do a Bollywood film. Well, we wish her hearty congratulations on her new and luxurious ride.