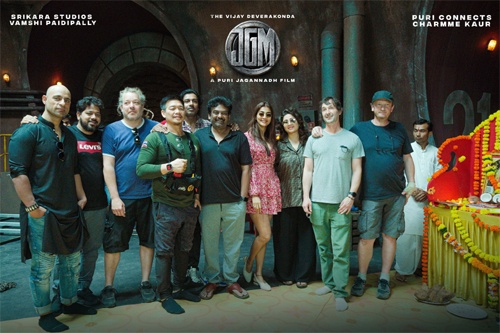 We were the first ones who revealed that Pooja Hegde has been signed by Puri Jagan for his new film Jana Gana Mana starring Vijay Devarakonda.

As reported, Pooja has joined the shoot. Key scenes related to Pooja are being shot in Mumbai as of now. Vijay Devarakonda will join the shoot later.

The film is a patriotic drama and is being produced by Puri Connects. It will also be simultaneously in Telugu and Hindi. Vamsi Paidipally also co-produces the film.