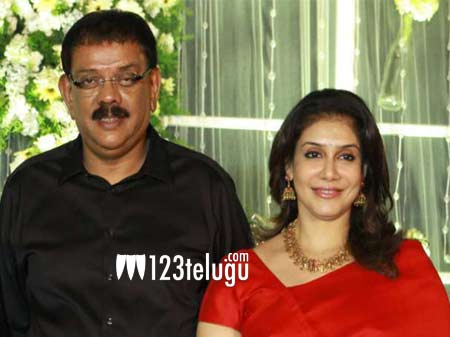 Famous Tamil and Malayalam actress, Lizzy has been in the news for her troublesome marriage with director Priyadarshan. Today, the Chennai court had granted them divorce and speaking about this the talented actress released a press statement about her troubled marriage.

“My marriage with Mr. Priyadarsan officially ended today. We both have signed the final papers at the Honorable Family Court here in Chennai today. This has been a real ordeal. In recent times all celebrity divorces, from Hrithik and Sussane to Dilip and Manju to most recently Amala and Vijay all have been mutually agreed divorces. I am sure it also must have been painful to those couples but whatever differences they may have had, they all decided to respect each other.

Ours was the only exception where it was often fierce and uncivilized battle on and off the courts until a compromise was reached at the Honorable High Court Chennai. Perhaps the ugliness of our divorce proceedings says all about the kind of marriage we have had. Anyways I feel relieved now. This is the end of a long and often very difficult road. All of us can now move on.

I thank all my lawyers, friends and well-wishers for their unconditional support and prayers. I thank those friends in the media who has been kind with their words.I am grateful to both my children for all their love affection and support. Above all, I thank God Almighty.”