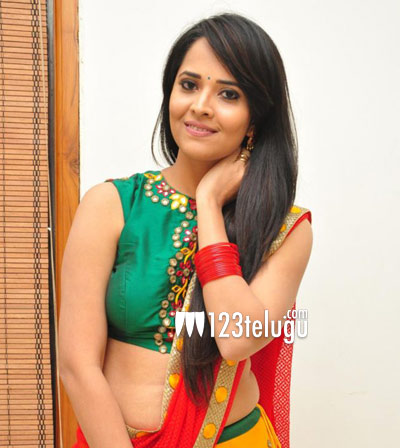 Popular anchor and actress Anasuya is quite outspoken and she has never stopped herself from speaking out about how women are treated in the society. Over the past few years, she herself has been targeted by people for her statements and she gave a stern reply to her critics.

Now, her latest set of tweets about Vijay Devarakonda’s speech at pre-release event of Arjun Reddy have turned into a new controversy on Twitter. After several ambiguous tweets about how women are treated, she tweeted, “If you say you abuse when someone says/does something inappropriate to the women in your life, then what are YOU doing dude?!! Abusing their women?!! Whats the big difference then? Grow-Up.”

However, she also clarified that she hasn’t watched the film yet and clarified the same to several people who tried to argue with her. Naturally, her tweets haven’t gone down well with all those who loved Arjun Reddy and her tweets have stirred a huge debate on Twitter.