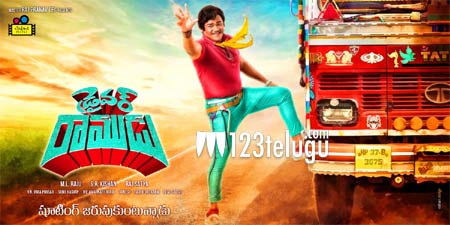 The first look poster of Shakalaka Shankar’s maiden film as hero, Driver Ramudu, was unveiled this morning. The film is under shoot currently. Raj Satya is directing this movie and Cinema People banner is bankrolling it. More details are awaited.