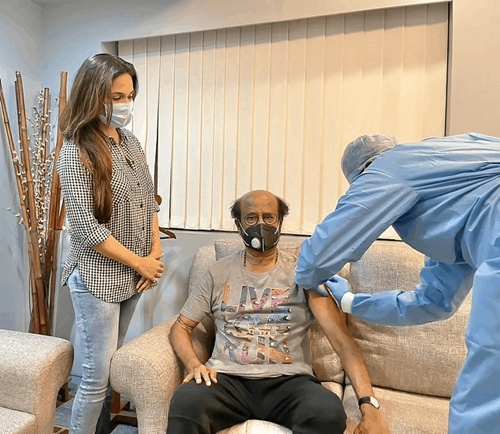 It is a known fact that the shooting of Rajinikanth’s Annaatthe is wrapped up in Hyderabad’s Ramojil Film City. Rajini has wrapped up his part of the shoot.

Post his shoot, Rajini landed in Chennai yesterday and right away got his vaccination done at his residence. With this, his second dose has also been completed and Rajini will rest at home for the next few months.

Siva directs Annaatthe which also has Nayanthara in a female lead’s role. The film will be out this Dussehra as per the news.