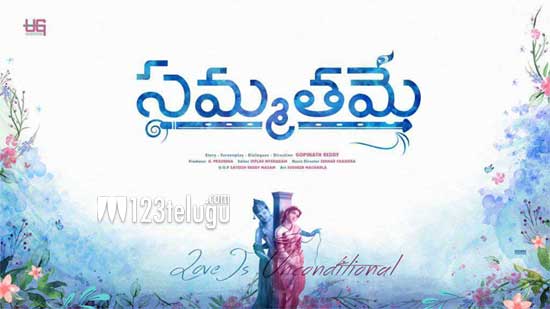 Hero Kiran Abbavaram, who made an impressive debut with Rajavaru Ranigaru is signing some interesting projects. For his next film titled Sammathame, he will be joining hands with Gopinath Reddy. The film’s title poster is unveiled today.

The poster looks very pleasant and Chandini Chowdary who cast her magic spell with her cute performance in Colour Photo is playing the leading lady in the film produced by K Praveena under UG Productions.