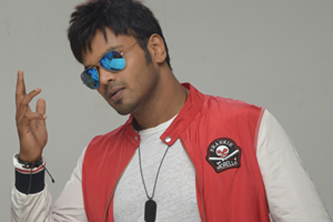 Manchu Manoj’s upcoming film Potugadu is gearing for its big release in August this year. Directed by Pawan Wadeyar, the film has Manchu Manoj, Simran Kaur Mundi, Sakshi Chowdhary, Anu Priya and Rachel in lead roles. The film’s post production is going on full swing and currently, the dubbing process is going on and sources have informed us that it’s fast nearing completion. The film revolves around a young man who falls in love with four different women and Manchu Manoj’s characterization is said to be the major highlight. Sirisha and Sridhar have produced the film under Ramalakshmi Creations banner. Achu has scored the music.