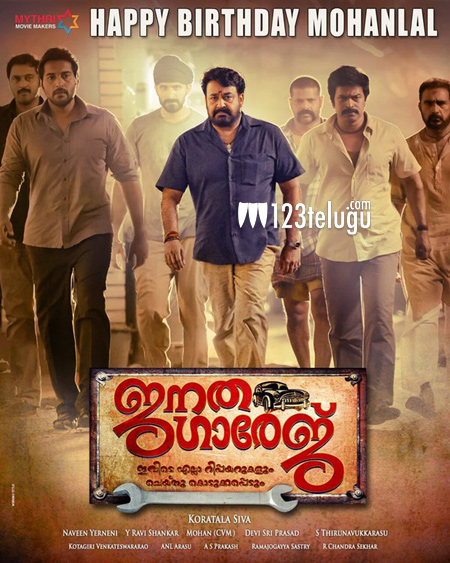 On the eve of Young Tiger NTR’s birthday a couple of days ago, the first look posters of Janatha Garage were unveiled to a thunderous response from fans. The posters showcased NTR in a never seen before avatar and this created a huge buzz for the film.

And this morning, the makers of Janatha Garage released a special poster featuring Malayali superstar Mohanlal on the occasion of his birthday. The poster looks powerful and shows the phenomenal actor at his intense best. The poster also features popular character artistes such as Brahmaji, Rahman, Ajay and Banerjee.

Janatha Garage is being directed by Koratala Siva and produced by Mythri Movie Makers. Samantha and Nitya Menen will be seen as the film’s leading ladies.