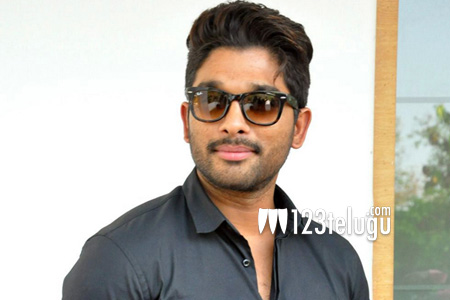 Stylish Star Allu Arjun’s next with mass action entertainers specialist Boyapati Srinu is progressing at a brisk pace. The film is tentatively titled Sarainodu. After wrapping up the Rajahmundry schedule, the film’s unit has been shooting for a powerful interval block on the outskirts of Hyderabad for the last couple of days.

The pre-interval episode will feature high voltage action scenes supervised by stunt choreographers Ram-Lakshman. A special set has been erected to can these scenes which will also feature the film’s heroine Rakul Preet Singh, Catherine Tresa, Srikanth and 1,000 junior artistes. Sarainodu will also feature heavy duty action episodes composed by Ravivarman and Kecha.

The film, which is being produced by Allu Arvind, will have its music composed by Thaman and it will be released as an early summer treat in the first week of April.