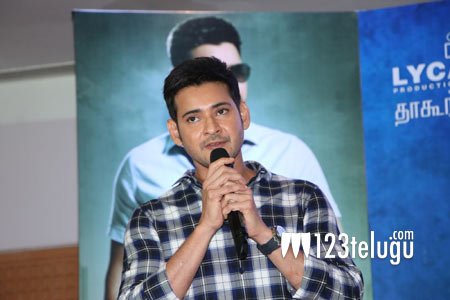 Superstar Mahesh Babu was in Bengaluru yesterday to promote his upcoming spy thriller, Spyder, which is slated for release on September 27. During his interaction with the media, Mahesh said that he will surely act in a straight Kannada film if he gets a good script.

Mahesh then said that the Powerstar of Sandalwood, Puneet Rajkumar, is a good friend of his from the Kannada film industry. Incidentally, Puneet had remade two of Mahesh’s blockbuster movies – Okkadu and Dookudu, in the past.