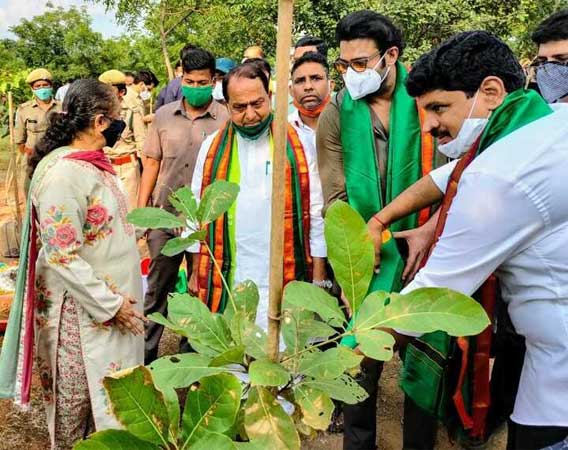 Prabhas adopted the land in the presence of Telangana MP Rajya Sabha MP Joginapally Santosh Kumar. An Urban Eco park will be set up in the forest and it will be named in the memory of Prabhas’ father U.V. Suryanarayana Raju.

Prabhas and MP Santosh along with Telangana Forest Minister laid the foundation Stone for the Eco park.