Prabhas and Shraddha turn mentors for each other on Saaho’s sets
Published on Feb 9, 2019 12:39 am IST 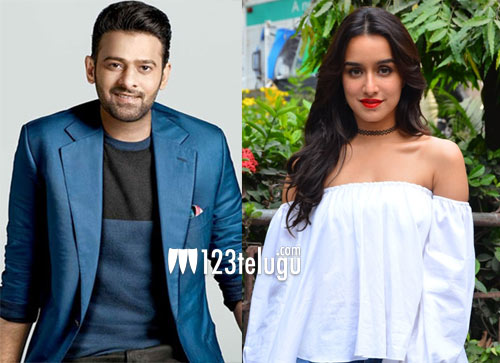 Baahubali star Prabhas and Bollywood actress Shraddha Kapoor have teamed up with each other for the first time for their upcoming action adventurous thriller, Saaho. This high budget magnum opus film is slated for release on August 15.

It’s well-known that Saaho is a trilingual film which is being made in Telugu, Tamil and Hindi simultaneously. Apparently, both Prabhas and Shraddha have turned mentors for each other on Saaho’s sets and are helping each other in picking up the nuances of the three languages.

While Prabhas is giving Shraddha some tips to master the two South Indian languages, the actress is teaching the Young Rebel Star the intricacies of Hindi before he renders his dialogues. Prabhas is expected to dub his own voice for Saaho’s Hindi version.