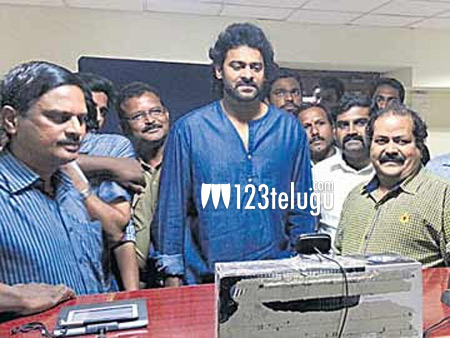 Yesterday, Prabhas visited the Khairatabad RTA Office for the car’s registration. The RTA authorities allotted TS09 ES 7567 number for a fees of Rs. 5,000. Fans and even officials at the RTA office were excited on seeing the Baahubali and posed for pictures with him.