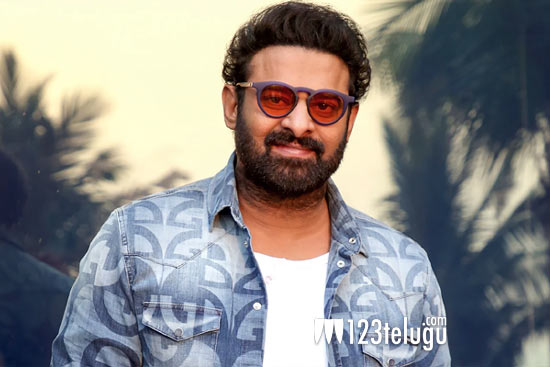 Pan-Indian actor Prabhas is one of the star heroes in Tollywood who is in the first place to encourage the new talent and extend his support.

The Radhe Shyam actor took to his Instagram profile and shared a story about Chor Bazaar, starring Akash Puri. Prabhas wrote, “All the best to my brother Akash Puri and team Chor Bazaar for their grand release tomorrow!”

Chor Bazaar stars Akash Puri, Gehna Sippy, and others in key roles. Produced by VS Raju under the IV Productions banner, the movie, is scheduled to release today. Suresh Bobbili is the music director for this movie. 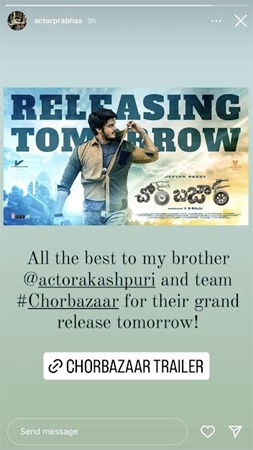