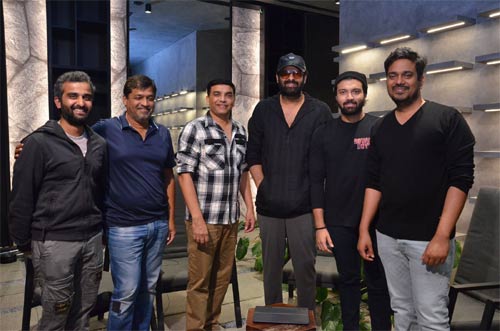 Young actor Ashish Reddy, nephew of ace producer Dil Raju, is making his acting debut with Rowdy Boys. Directed by Harsha Konuganti, the movie is all set to release on January 14.

Before that, the makers of Rowdy Boys met the pan-Indian star, Prabhas and asked him to launch the next song from the movie.

Titled Ye Zindag, the friendship was launched by Prabhas. He liked it very much and wished Ashish and the team all the best. Composed by Devi Sri Prasad, the new song will be out today at 11 AM on YouTube.