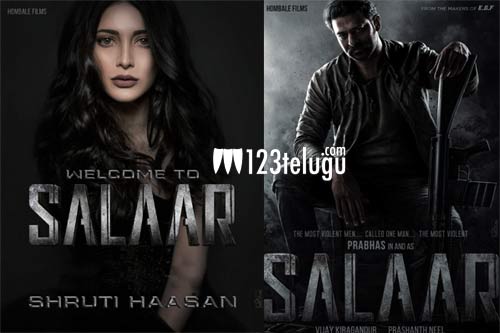 The big day has arrived. The first schedule for pan-India stars Prabhas and Shruti Haasan’s much-talked-about gangster drama, Salaar, kick-started today. Prabhas and his director Prashanth Neel have wrapped up the day 1 shoot for a crucial action scene in a specially erected set in the opencast coal mines in Godavarikhani, Telangana. The schedule will last for about 10 days.

In Salaar, Prabhas essays the role of a General to a mafia lord. The film will also feature a popular senior actor as Prabhas’ master. On the other hand, speculations on the film’s main antagonist are going on in full swing, and the makers will be revealing the actor’s name at an appropriate time.

Salaar is being bankrolled by KGF producer Vijay Kiragandur under Hombale Films banner. All the core crew members who have worked on KGF are also part of Salaar.