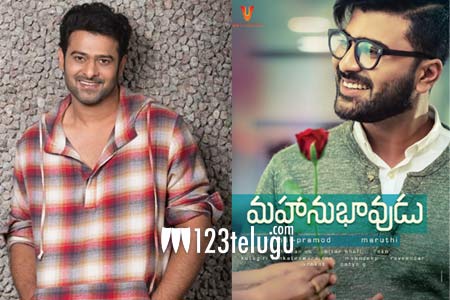 The promotions of Mahanubhavudu are going on in full swing and the makers are bringing Prabhas for the pre-release event of the film which will be held tomorrow evening.

As the film is being produced by Prabhas’s home banner UV Creations, Prabhas is a natural choice for the event. Already, the trailers and songs have caught on quite well and with Prabhas’s presence tomorrow, the film will get an even bigger hype.

Directed by Maruthi, this film has Mehrene and Sharwa as the main leads. Thaman scores music.