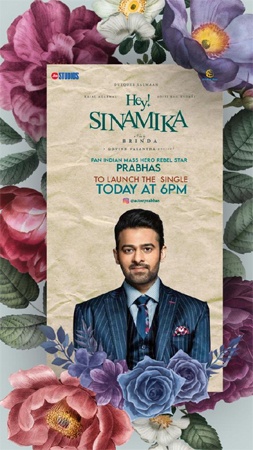 Earlier, the makers have announced that the second single will be released today. Now, the latest news is that pan-India star Prabhas is going to launch the ‘Pranam’ song from the movie today at 6 PM.

Besides, Makkal Selvan, Vijay Sethupathi, Rashmika Mandanna and Kunchacko Boban are going to launch the Tamil song, Thozhi, at the same time.