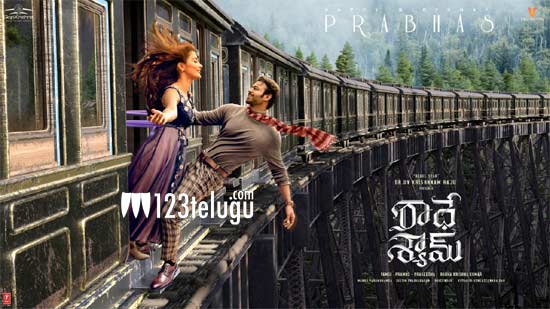 A couple of days ago, the makers of RRR announced that the film’s release has been postponed indefinitely in view of rising Covid cases across the country.

Now, rumors are rife that another biggie lined up for Sankranthi release, Radhe Shyam has also been postponed.

Social media is abuzz that Radhe Shyam’s release has been postponed and the film will not be hitting the silver screens across the globe on 14th January, as announced initially.

The deteriorating Covid situation across the country is being projected as the reason behind the postponement.

But the makers of Radhe Shyam have been affirming that the film will be arriving in theaters on 14th January. With the postponement rumors spreading like wildfire, it is high time that the makers commence the promotional campaign to curb the same.