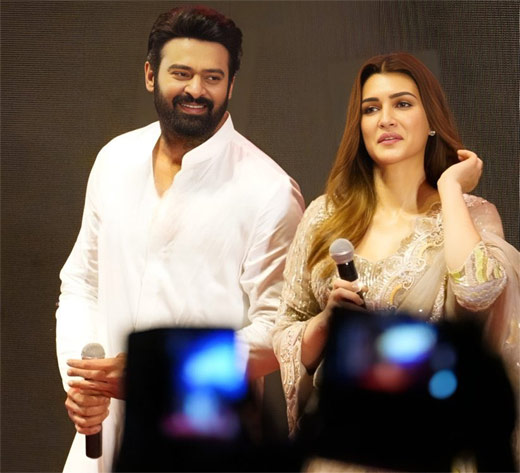 Prabhas is turning Lord Rama in his upcoming mythological action epic Adipurush which is based on the holy Hindu mythology of Ramayan.

Incidentally, the teaser of the film was launched in Ayodhya last night. One of the things that stood out at the event was Prabhas’s striking new look.

Prabhas sported a smart look at the teaser launch event. His trimmed bearded look and all-white apparel has struck a chord with his fans and commoners alike.

Of late, there have been complaints about Prabhas’s off screen looks but he has settled the score with his new look at Adipurush teaser launch event.